The host hotel, the Astor Crowne Plaza, is located in the world renowned French Quarter of Louisiana -- at Canal Street and Bourbon -- by Brennan's Restaurant.
--

Follow My Blog: http://wildlifecontrolsupplies.blogspot.com/
Posted by Unknown at 2:07 PM No comments:

California could lose bobcat trapping. The California Trappers Association has hired a lobbying group to fight AB1213.  There is much work to be done and they need our help.

Posted by Unknown at 9:58 AM No comments:

(CNN) -- A U.S. plan to give new protection to polar bears was voted down Thursday at an international conference on endangered species.
The American delegation at the Convention on International Trade in Endangered Species of Wild Fauna and Flora (CITES) meeting in Bangkok, Thailand, had sought a ban on the international trade of polar bear parts. The ban was opposed by Canada, home to the world's largest population of polar bears, as well as Norway and Greenland. It failed with 38 votes for, 42 against and 46 abstentions.
"Unfortunately, politics seem to have overtaken science," Dan Ashe, director of the U.S. Fish and Wildlife Service and the head of the U.S. delegation to the Bangkok conference, said in a statement.
Polar bears have been listed under Appendix II of the CITES accords, which applies to species that are not currently threatened with extinction but may face it without restrictions on the trade of their body parts. The U.S. had proposed moving polar bears to Appendix I, which applies to species threatened with extinction and effectively bans trade in their body parts.
The U.S. says that shrinking Arctic ice habitat, a product of a warming climate, puts polar bear populations in a precarious position. Two-thirds of the world's polar bear populations could face local extinctions within 45 years due to habitat loss, the National Resources Defense Council says.

Largest polar bear gathering in world
"We are obviously disappointed that the CITES membership failed to give greater protection to polar bears by limiting permissible trade in polar bear pelts and other body parts," U.S. Deputy Secretary of the Interior David J. Hayes said in a statement. "We will continue to work with our partners to reduce the pressure that trade in polar bear parts puts on this iconic arctic species."
Conservation groups were outraged at the vote.
"It's a sad day for one of the world's most iconic creatures," Philip Mansbridge, CEO of Care for the Wild International, said in a statement.
"The world once again had a chance to take action to safeguard polar bear populations and failed," Jeff Flocken, North American regional director of the International Fund for Animal Welfare, said in a statement. "Each passing year that this iconic species is not protected to the fullest, is another year closer to losing the polar bear forever."
Canada, which has 16,000 of the 20,000 to 25,000 polar bears left in the wild, says polar bear populations are not threatened and the animal does not meet the Appendix 1 criteria.
"The polar bear does not have a small wild population, it does not have a restricted area of distribution and no marked decline has been observed," Environment Canada says on its website. Canada also says polar bear parts coming from the country are taken in subsistence hunts, not by commercial operations.
"Harvest quotas are based on principles of conservation and Aboriginal subsistence, and are not market driven; an Appendix I listing would have no conservation benefit," the website says.
But the U.S. argued that parts from polar bears are traded among 70 countries and that trade encourages kills that, coupled with the habitat loss, put stress on populations that will cause them to shrink.
About 800 polar bears are killed by subsistence hunters each year, the U.S. says. Hides can sell for $2,000 to as much as $12,000, the FWS says.
"As polar bear hide prices have skyrocketed, more bears are being offered at auction, and hunting levels have increased," Ashe said in the statement.
"Prices for polar bear pelts have doubled over the last few years, and the signs are that trade is increasing. All the evidence says that it is simply unsustainable so it is foolish and negligible of us to allow it to continue when polar bear numbers are diminishing," Mansbridge said.
"It's terrible to think that we are postponing protecting such a magnificent animal so that hunters can continue to have their payday," he said.
Hayes pledged that the U.S. wouldn't give up on trade restrictions.
"We will continue to work with our partners to reduce the pressure that trade in polar bear parts puts on this iconic arctic species, even as we take on the longer term threat that climate change poses to polar bears," he said. 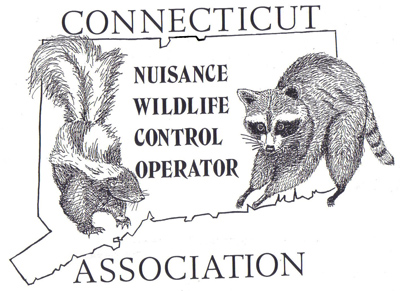 WCS is wrapping up the wildlife control tradeshow Spring season by attending the 15th Annual New England Nuisance Wildlife Control Seminar on March 16th, being held at the Ramada Inn in East Hartford, CT. The CT NWCO Assoc. really knows how to conduct an excellent one-day event for wildlife control operators and WCS has been attending since the early days ! For more information be sure to visit www.ctnwcoa.com
Posted by Unknown at 6:15 AM No comments: